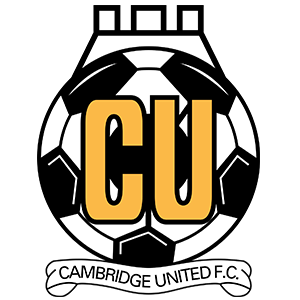 Are you sure you want to delete this event?

Phil Brown spoke to southendunited.co.uk ahead of the last pre-season friendly...

Southend Manager Phil Brown says his team is picking itself at the moment due to injuries.

The Roots Hall chief has had little good fortune on the injury front, with Stephen McLaughlin, Michael Turner, Ben Coker and Anthony Wordsworth all sidelined.

And Brown said: “It’s getting to that stage [that the team to play against Cambridge will play against Blackburn] because of injuries more than anything else.

“Certain situations have cropped up over the last three to four weeks. Maybe in the first week I would have decided, around about then because of standard of play and fitness levels etc, who was going to be in my starting eleven.

“Come 5th August, it’s probably getting picked for me because of one or two injuries.

“Stephen McLaughlin and Michael Turner haven’t been in the training for a week, and Ben Coker hasn’t for a week or two either.

And Brown says that is far from handy build-up to the new season, although other areas have sprung surprises.

“It’s not ideal preparation but all managers will be complaining about their preparations going well, indifferently or poorly.

“In terms of fitness levels the preparations have gone well.

“I got two full 90 minutes out of Anton Ferdinand. The two 90 minutes we’ve had out of Michael Kightly have been a blessing.

“There’s lots of plusses but the final game [in pre-season] and final week is about fine tuning and getting those last little bits of preparations ready for what will prove to be one of the biggest games of the season.”

Blues ended their pre-season with a 2-0 win away at Cambridge United thanks to goals from Marc-Antoine Fortune and Theo Robinson, with Mark Oxley saving a U’s penalty in the second half.

Coming off the back of a midweek defeat to Brighton, Southend headed to Cambridge United for their final pre-season game before they host Blackburn Rovers in next week’s opener.

The game at the Cambs Glass Stadium was arranged in aid of U’s supporter Simon Dobbin, who suffered life changing injuries following an attack in Southend back in March 2015.

All proceeds from the game would go to Dobbin and his family to aid his care and treatment, and it was Dobbin’s beloved U’s that made the better start with Leon Legge heading wide early on.

Uche Ikpeazu was causing the Blues defence problems and he had Cambridge’s best chance of the half when he was found in the area only for Harry Kyprianou to recover to make the block.

Phil Brown’s Southend side had barely threatened Cambridge in the opening half hour but were given the chance to take the lead when referee David Rock awarded Southend a penalty.

After Jermaine McGlashan was brought down in the area by Greg Taylor, Marc-Antoine Fortune stepped up to squeeze his spot-kick past David Forde and give the visitors the lead.

Blues had a reshuffle at half time and they were almost caught out straight away as John White’s header fell kindly for Medy Elito at the far-post only for the forward to drag his shot off target.

Having conceded a penalty in the first half, Cambridge were awarded a spot-kick of their own early in the second half after Elvis Bwomono brought down Ikpeazu in the box.

Unlike the Blues, however, Cambridge weren't able to convert from 12-yards as Mark Oxley did brilliantly well to get down low to his right and tip Taylor’s penalty round the post.

Despite failing to equalise, Shaun Derry’s side continued to press for an equaliser and for a period it became Oxley vs Cambridge as Oxley pulled off two more superb saves to deny the home side.

First, Oxley managed to get a toe to Liam O’Neil’s effort after the midfielder broke through the Southend back-line, before Luke Berry’s free-kick was tipped over by the Blues stopper.

Even when Oxley was beaten he had the woodwork to help him out, as Elito finally managed to get the ball beyond the ‘keeper only for a little nick from Oxley to divert it onto the post.

Having weathered the storm from the home side, Southend grabbed a second goal late on to wrap up the victory and end their pre-season with a win.

Dru Yearwood’s slide-rule pass found the run of Theo Robinson who calmly slotted the ball beyond Forde and into the bottom corner to finish the game off.

This match will give supporters from both Clubs the opportunity to support Simon Dobbin and his family, with proceeds raised being donated towards his ongoing care needs.

The Mildenhall-based fan was left brain damaged after a brutal attack in Southend two years ago, having spent the afternoon supporting the U’s following the fixture at Roots Hall in March 2015.

Simon made an emotional return to the Cambs Glass Stadium last October for the first time since the assault, when he attended the U’s Sky Bet League Two fixture with Portsmouth and was welcomed on to the pitch with a two minute standing ovation before the game. However, this scheduled pre-season friendly provides the players, staff and supporters of both Clubs the chance to join together in a mark of unity for Simon and his family.