Are you sure you want to delete this event?

Midfielder looks ahead to tonight's friendly...

Brighton visit Roots Hall tonight for a pre-season friendly, but not so long ago it was a league match.

The Seagulls were promoted to the Championship from League One in 2011 after five years in the third tier.

Six years later and they were celebrating being promoted to the Premier League in May this year.

Blues midfielder Michael Timlin says Chris Hughton’s side are a great example of what hard work can bring.

“I think in the last year it’s shown the way that we’re going with the players that we’re bringing in,” Timlin said.

“The Chairman in backing the gaffer with the calibre of players he’s bringing in.

“What has benefitted Brighton to an extent is once they got the new stadium and training ground, that’s a big factor.

“If you want to entice players at a higher level to drop down you need to have facilities that are really good.

“We’re hoping that something can happen with the new stadium because it’s been proved with Brighton that once they got the new stadium, the Chairman puts a bit more money into the club and if you work hard and there’s a good foundation, there’s no reason you can’t go up.”

“It’s a credit to them. They worked incredibly hard to achieve what they did.

“We need to apply ourselves against them which we intend to do.”

Blues suffered their first defeat in pre-season as three goals in 11 minutes from Premier League Brighton secured them a 3-0 win over Southend at Roots Hall.

Neither side really got going in the early stages of the game with Michael Kightly’s near-post free kick hitting the side netting and Pascal Gross’ low drive easily held by Ted Smith.

Marc-Antoine Fortune had Southend’s best chance with his snap-shot that was well gathered by the diving Niki Maenpaa, whilst Steve Sidwell forced a smart save with his feet from Smith.

New signing Izzy Brown was on display for the Seagulls just hours after the club announced his arrival, and three goals in the final 11 minutes of the half put his new team firmly in control.

Solly March was the one to break the deadlock for the visitors as he was teed up by Liam Rosenior, with March whipping the ball into the far corner to give Brighton to lead.

Minutes later and March was on target again, receiving the ball outside the area before sending a low drive across goal and beyond Smith to make it 2-0 to the Premier League new boys.

And before the half was up, Glenn Murray headed in from close range following Markus Suttner’s superb cross to give Chris Hughton’s side a commanding lead going into the interval.

Having blown Southend away with their late first-half blitz, the second half meandered along with little in the way of goalmouth action for either side.

Fortune produced a little bit of magic to skip beyond two Brighton defenders and create himself a chance on goal only to slash his shot harmlessly wide of Maenpaa’s near-post.

That was the best the Blues could muster as Brighton went close to adding some gloss to the win with a fourth late on, only for Smith to make another save with his feet to deny James Tilley.

Blues had been well beaten by their Premier League opponents and travel to Cambridge United on Saturday for their final pre-season game before the league opener against Blackburn Rovers.

The game is also being dedicated to Jacob Jones who is fighting high-risk neuroblastoma cancer.

The Seagulls’ first team squad bring their preparations for their first top flight season since 1982/83 to Southend in a game that could see Michael Kightly make his first appearance as a Southend player back at Roots Hall.

Packages in The Captains Suite and The Blues Legends Lounge are available for just £30 + vat which includes lasagne and garlic bread and half a bottle of wine.

Boxes are available for £275 + vat which includes lasagne, garlic bread and the choice of 10 beers or two bottles of wine.

For more information contact the commercial department on 01702 304147 or by emailing commercial@southend-united.co.uk.

4-year-old Jacob has been fighting high-risk neuroblastoma cancer with an aggressive treatment regime since he was two. Despite this, sadly he relapsed in April 2016, which has meant more treatment.

As part of the pre-season fixture against the Premier League side, Jacob will lead the team out, have the chance to get player signatures before the game and then watch the game from the directors box with his family.

There will also be a bucket collection taking place around the ground for supporters to make a donation and #JoinJacobsFight.

To read more on Jacob’s fight and to donate, visit his just giving page here. 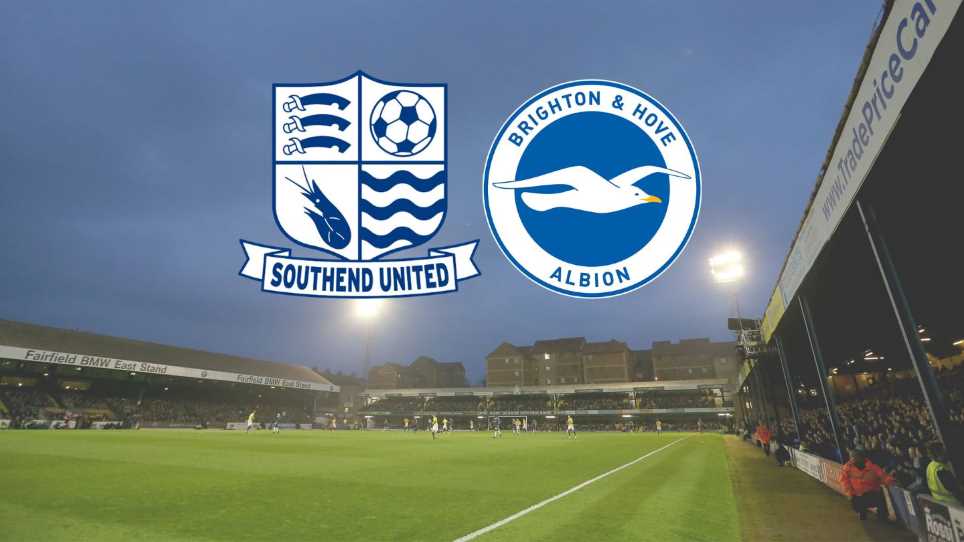