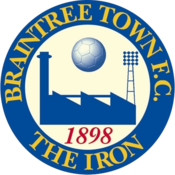 Southend face Braintree Town on Saturday, which allows fans the first glance of how Phil Brown’s side is shaping up in pre-season.

After two behind closed doors games, Blues step up their programme with a trip to the IronmongeryDirect Stadium.

Defender John White says the players will move into phase two of their pre-season hoping to get more minutes under their belt.

“It really kicks off now which is good news,” said White

“It’s nice to get the fans back around the pitch again and to see their excitement.

“They’ll be excited because it’s their first chance to watch us again and it does feel like our first proper pre-season game.

“We’ve had a couple of behind closed doors ones which have been good exercises and good for fitness but it will be nice to get back out in front of the fans again.

“It’s got to the time now where the 45 minutes aren’t enough anymore and we’ll be looking to stretch on a bit and move into stage two where it’s more about getting game time.

“It’s nice when you get into the cycle of games and where it’s not as much training as it has been and it’s all geared towards each game and getting wins under our belts.”

First-half goals from Simon Cox and Marc-Antoine Fortune helped Southend to a 2-1 win away at Braintree Town’s Ironmongery Direct Stadium.

The Blues though had to play the final half an hour with 10-men after Michael Timlin reacted badly to a high challenge by Scott Shulton, receiving a straight red card from referee Rob Whitton.

New signings Michael Turner and Stephen Hendrie both started for the visitors with fellow signee Michael Kightly coming on at half time, but it was young Dru Yearwood that impressed early on.

And it was Yearwood that had the Blue’s first real chance of the game after he linked well with Cox to run clear, but he could only find the legs of Nathan McDonald with his low effort.

Southend opened the scoring midway through the first half when John White’s cross found last season's top scorer Simon Cox at the far post to nod home beyond McDonald.

Moments later Cox almost doubled Southend’s lead as he saw another header hit the top of the crossbar as the Blues looked to press home their advantage.

With less than five minutes to go in the first-half the home side levelled when Karl Oliyide was found by a far post cross from Ben Wyatt, leaving Oliyide with the simple task of tapping home.

The home side wasn't level for very long, however, as three minutes later Phil Brown’s side restored their lead when Marc-Antoine Fortune calmly slotted the ball into the bottom corner from outside the box just before the break.

Michael Kightly was introduced for the first time since making his return to the Blues at half time and he had a good chance go begging early as he had a free header go straight at the ‘keeper.

With both sides making a number of changes throughout the second half the flow of the game suffered, and the two sides came to blows on the hour mark after Michael Timlin saw red following a late challenge by Scott Shulton.

The challenge and subsequent reaction sparked a brawl between both sets of sides, with Timlin being given his marching orders whilst Shulton received a yellow card.

With the man advantage, Braintree looked the most threatening to score, with Dernell Wynter spurning a number of good chances for the home side to level.

Kightly came close to adding a third for the Blues with two free-kicks, one of which had to be tipped over by McDonald, but the first half goals were enough for Southend to secure the win.

Southend United travel to the IronmongeryDirect Stadium on Saturday to face Braintree Town in a pre-season friendly.

It will give Blues fans an opportunity to take a look at the three new signings Phil Brown has brought in so far this summer and how preparations are shaping up.

The game kicks off at 3pm on Saturday and admission prices have been reduced to just £10 for adults and £5 for OAPs and under 18s.

The clubhouse will be open to all with selected beers at 'happy hour' prices from 1 'til 2 before the game.