Blues are now having to look over their shoulder at the relegation zone rather than up towards the play-off spots, but a win against The Cod Army would see them leap-frog Fleetwood in the table.

Rosler’s side will though no doubt want to keep their own play-off aspirations alive whilst also making up for Southend’s 4-2 win at Highbury Stadium back in September. 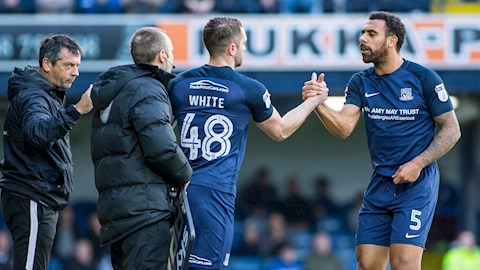 Team News Ahead of Fleetwood

Blues will be boosted by the returns of John White, Michael Timlin and Anton Ferdinand for the visit of Fleetwood this weekend, although Anthony Wordsworth is set to miss out.

Timlin returned against Northampton last weekend but had been expected to be out for up to two months, whilst the return of White and the skipper Ferdinand will bolster Blues’ defensive options.

Wordsworth will be out due to a calf injury and he’ll be joined on the sidelines by fellow midfielder Josh Wright as well as defender Rob Kiernan and goalkeeper Ted Smith.

Fleetwood have three new signings lined up to make their debuts for the Cod Army this weekend with Toumani Diagouraga, Gethin Jones and Paddy Madden all available for selection.

Midfielder Bobby Grant is also back in contention for Fleetwood having scored for Uwe Rosler’s side in their Checkatrade win over Bury in midweek. 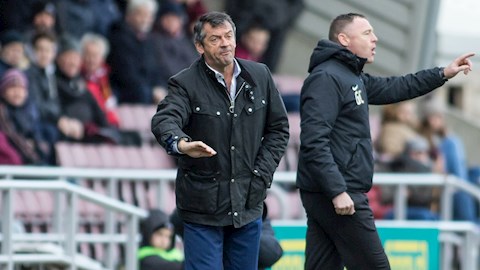 “It’s up in the air with regards to what the opposition is going to put at us, but as far as I’m concerned we’ve just got to focus on what we can put out there and cause Fleetwood problems.

“We’ve got to give our best for the shirt to try and turn the corner and stem the tide at the moment.”

“They're a strong side, they've got a good management team, very experienced. They know what this league is about. They invested heavily in the summer. They're having a dip in form at the moment, but I don't expect that to last.

“It’ll be a tough game, it’s not an easy place to go, but we’ll do what we do. We’ll prepare properly and professionally, like we always do, and look forward to going there and getting a result.

Blues suffered their fourth successive defeat after goals from Toumani Diagouraga and Paddy Madden helped Fleetwood to a 2-1 win at Roots Hall.

Phil Brown’s side struggled to apply any pressure on the visitor’s goal as Uwe Rosler’s side went close in the first half with a Devante Cole header that cannoned off the crossbar.

Southend started the second half much brighter but were undone by a loose pass from Anton Ferdinand that lead to Diagouraga scoring on his Cod Army debut.

Minutes later and boos began to ring around Roots Hall as Paddy Madden got on the end of a Kyle Dempsey flick on to muscle his way through and score past Mark Oxley for Fleetwood’s second.

Blues did manage to make a game of it late on when Michael Kightly’s deflected effort looped into the net, but it was too little too late for Southend as they fell to their eighth defeat in nine.

The defeat leaves Southend staring down the barrel of the bottom four with just two points now between them and the drop zone.

Fleetwood, on the other hand, climb into the top half of the table ahead of their Emirates FA1 Cup replay at the King Power Stadium against Leicester City on Tuesday.

With pressure mounting on Phil Brown following last weekend’s defeat to Northampton, the Blues boss made made four changes to his line-up in an attempt to arrest Southend’s poor form.

Skipper Anton Ferdinand returned along with John White, whilst Michael Timlin came into the midfield for his 250th appearance for the club with Jermaine McGlashan out on the wing.

Fleetwood came to Roots Hall with an Emirates FA Cup replay against Leicester City looming on the horizon and they went close to opening the scoring inside the first 15-minutes of the game.

A free-kick right from Ashley Hunter right on the byline was fired into the box, picking out Devante Cole whose header deflected onto the face of the crossbar before being cleared.

That turned out to be the only clear opportunity for either side in a first-half completely bereft of chances as both sides struggled with the conditions of the pitch.

Blues began the second half more brightly though with Stephen McLaughlin awarded a free-kick in a dangerous position but Michael Kightly was unable to beat the wall with his effort.

Southend then forced Chris Neal into action for the first time when McLaughlin was teed up by Jermaine McGlashan, with the Irishman stinging the palms of the Fleetwood ‘keeper.

But Southend’s bright start was undone by a mistake from Anton Ferdinand which led to Fleetwood taking the lead through debutante Toumani Diagouraga.

The skipper’s loose pass was picked off by Ashley Hunter who played in substitute Paddy Madden before the ball was slid through to Diagouraga to score on his first appearance for the club.

Having been brought on just a minute earlier, Madden made an immediate impact with the assist to Diagouraga and proved to be an inspired substitution as he then added Fleetwood’s second.

The former Scunthorpe United player got on the end of Kyle Dempsey’s flick-on, outmuscling his marker to beat Mark Oxley, signalling a chorus of boos from the home fans.

Youngster Wabo has been scoring goals for fun for the u23 side and he wasn’t short of confidence as his curling effort from outside the box had to be parried away by Neal.

And Southend were given a glimmer of hope of salvaging a point as they halved the deficit with four minutes of normal time remaining through a fortunate Kightly strike.

McLaughlin’s corner from the left was only cleared as far as the Kightly whose strike took a wicked deflection, looping up and over Neal and into the bottom corner to give Blues a chance.

Blues were given more hope when five minutes of added on time were signalled and with seconds left Southend won themselves a free-kick which Oxley went up for.

Kightly’s clip into the area couldn’t find the big target of Oxley, but would eventually fall to Wabo who failed to get enough power on the strike to beat Neal and salvage a point.

Southend United face twelfth-placed Fleetwood Town in the first home game of 2018 with a 3pm kick-off.

This Saturday's fixture is also our second kids for a quid game, and with such a high attendance last time we are expecting more this time round.

Blues are aiming to put a run of form together as they fight for vital points that will get them into the top end of the table.

The Cod Army have recently hit a run of bad form, winning just two out of their last 10 league games, which is the same as Southend’s form.

In the reverse clash, Blues came out on top with a comfortable 4-2 victory.

The two sides have met just nine times, seeing Blues take an advantage over Fleetwood Town after winning two, drawing six and losing just one of them games.

Your support is key to Southend’s fight this season, so come along to Roots Hall and watch Blues take on the Cod Army.