Blues boss Phil Brown says he is seeing the hard work required in the squad to turnaround the current form.

It’s one win in seven games in all competitions ahead of this weekend’s trip to Northampton Town, and Brown said the squad need to pull through together to get out of what is a “tight situation”.

The Blues chief said: “The difficult part of any footballer’s life is when you’re not winning.

“But I see endeavour and I see players that are wearing the shirt with pride, wanting to go out there and prove themselves are good footballers and we’re still a good side. You have to work through it.

“Today is about preparation for Northampton as will tomorrow. They’re going through a tough spell themselves, they’re down at the bottom and we have to utilise that.

“It’s a good time to catch a team at the bottom that are in bad form, but they will be looking at us and thinking the same.

“If I go through the last six or seven games, and I know we’ve only won one of them, there are situations and moments in those games that we have to put our best foot forward in front of goal and we could’ve come out with a point or three.

“That’s what we need to start believing. It is a tight situation there’s no doubt about it.

“It’s my job that we stay focussed and remain on the job in hand which is to beat Northampton on Saturday.”

Harry Phillips became the latest in a long list of youth players to be included in the matchday squad this season against AFC Wimbledon.

But Brown added that it’s the senior players that need to step up so that the youth players are integrated into a winning side.

“I don’t think it’s necessarily the most important part of this season at this moment in time but it’s nice to blood kids and bring them through the ranks into the first team.

“At the moment it’s about seniors stepping up to the plate. We had Dru Yearwood and Harry Kyprianou in the team on Monday and they came through it.

“It’s a tough time for everybody. Young lads want to go out and express themselves and show everybody what a good player they are.

“You’re in a team that’s a little bit on the back foot and it’s difficult for them to show thier best traits. 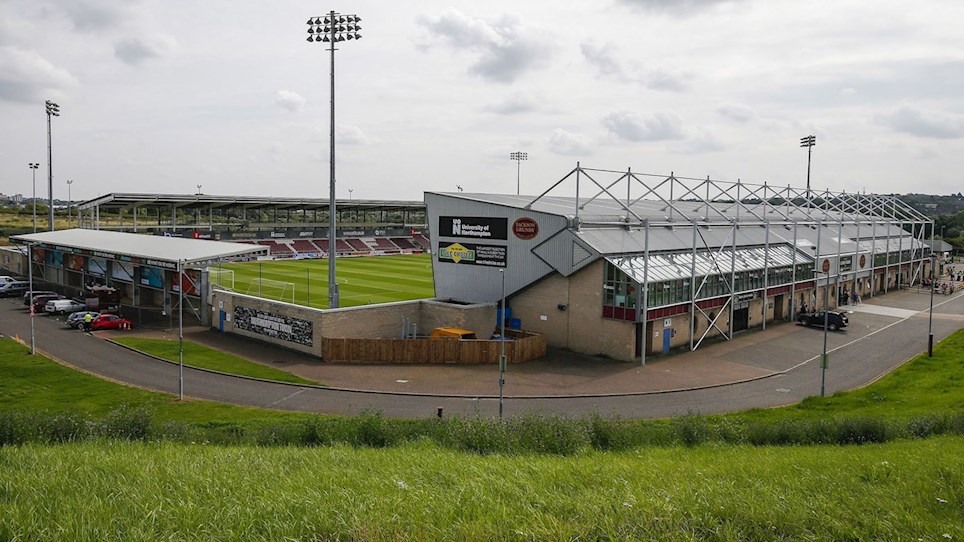 
This is a reminder that Southend's Sky Bet League One fixture at Northampton Town this weekend will kick-off at the earlier time of 2pm.

Southend’s miserable form continued as they fell to a 3-1 defeat against Northampton Town at Sixfields.

Blues were incredibly unfortunate to go behind when Harry Krypianou’s attempted clearance ricocheted off John-Joe O’Toole and into the bottom corner midway through the first-half.

Southend weren’t behind for long though as a penalty awarded for a foul by Ash Taylor on Stephen McLaughlin saw Jason Demetriou score from the spot to send the two sides into the break level.

The home side were then awarded a penalty of their own early in the second-half for a foul by Kyprianou on Chris Long, allowing Grimes to power the home side back in front.

And as Southend pushed for an equaliser they were caught on the break by the Cobblers as Alex Revell put the finishing touch on a counter-attack to secure the points.

The defeat was Blues’ third in a row and, with the exception of the Boxing Day win against Charlton, the rest of their last eight matches in all competitions have ended in defeat.

For Northampton it was a much needed three points and only their third win in their last 11 in the league which saw them close the gap between them and safety.

Following the New Year’s Day defeat to AFC Wimbledon, Phil Brown made two changes to his Blues side in an attempt to halt Southend’s alarming slide down the table.

Both changes were enforced as Stephen McLaughlin came in for the Sheffield United bound Ryan Leonard, with John White unable to shake off an injury, being replaced by Michael Turner.

Northampton themselves were in serious danger, sitting inside the relegation zone after just two wins in their last 10 so both the Cobblers and Blues were in desperate need of three points.

Neither side created anything noteworthy in the first 15 minutes with Stephen McLaughlin’s speculative effort from almost the half-way line the best either side could muster.

But when your luck’s not in, it’s not in, and midway through the first-half Jimmy Floyd Hasselbaink’s side would take the lead in the most fortunate of circumstances.

Seconds after a superb save from Mark Oxley prevented Ash Taylor’s header from opening the scoring, Harry Kyprianou attempted to clear only to see the ball cannon off John-Joe O’Toole and ricochet past Oxley and into the bottom corner to put the home side in front.

It was a desperately unlucky way for Blues to go behind but they had the chance to level matters just a few minutes later when a clash between Taylor and Stephen McLaughlin resulted in a penalty.

Both players went for a bouncing ball with McLaughlin getting there first before being cleaned out by Taylor leaving Demetriou to send Matt Ingram the wrong way from the spot to equalise.

The leveller had lit a fire underneath Southend who began pressing for a second and Michael Kightly went close for Blues when he cut onto his right foot before shooting just wide from 15-yards out.

Southend were unable to break through again before the break and within five minutes of the interval they were behind once again as Northampton were awarded a penalty of their own.

Kyprianou was having a miserable afternoon after seeing his clearance result in Cobblers’ opener and he was then adjudged to have upended Chris Long in the area for the spot kick.

Matt Grimes stepped up to take the penalty and, despite going the right way, the power of the strike beat the dive of Oxley to put the home side back in front.

It was the worst possible start to the second half for Blues and it could have been worse had Regan Poole managed to convert either of Grimes’ set-pieces into the area before the hour.

And Northampton really should have had breathing room when they broke away down the right with debutante Hildeberto Pereira smacking the crossbar with the goal gaping.

Southend were well and truly under the cosh and only a superb tackle from Michael Turner stopped Long getting on the end of a Sam Hoskins cross as Northampton continued to press.

Brown threw on Michael Timlin, Jermaine McGlashan and youngster Norman Wabo to try and turn the tide and the visitors carved out a couple of half in their search for an equaliser.

Anthony Wordsworth’s shot at the second attempt flashed past Ingram’s post before Kyprianou’s low effort from a Blues corner was diverted away by a brilliant block.

In the final moments, Blues threw everything they could at Northampton but were caught on the counter-attack by the home side as they scored a third in the final minute of normal time.

Pereira stormed down the right before playing substitute Alex Revell who cut onto his right and stroked the ball across Oxley and into the bottom corner to wrap up the points.


This is a reminder that Southend's Sky Bet League One fixture at Northampton Town this weekend will kick-off at the earlier time of 2pm.

Tickets for the game against Northampton Town on 6th January 2018 are now on sale...

The game will have an earlier kick-off of 2pm at Sixfields.

We have been allocated 700 tickets with an option for more if required.

Tickets will come off sale on Friday 5th January at 3pm.

Juniors Under 7 go FREE of charge - These tickets are only available from the Main Ticket Office, either in person, via phone on 08444 770077 or by email on tickets@southend-united.co.uk.

Proof of age may be required on entry for concessionary tickets.

Disabled supporters pay the age relevant price with a free carer (proof of carer requirement may be requested on entry).

Ticket prices increase by £2 per category when purchasing on the day and are available in cash only.