Southend and Oldham will try to make the most of their early exits from the Emirates FA Cup as they face off for valuable league points tomorrow afternoon at Roots Hall.

With the vast majority of the division in cup action this weekend, tomorrow’s match gives both sides the chance to cash in their game in hand and try to climb the table.

Blues can break into the top 10 with a win which would put daylight between themselves and the bottom four, with Oldham sitting just two points behind them in the table in 17th.

Both sides go into the game off the back of successive draws with Blues held 1-1 against both MK Dons and Oxford, whilst the Latics drew their last two 0-0 against Gillingham and AFC Wimbledon. 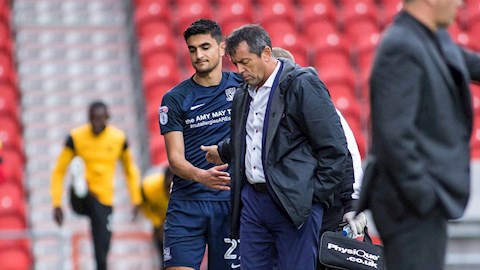 Injury Update Ahead of Oldham

Michael Timlin is suspended for Blues after picking up his fifth yellow card of the season against Oxford, which will give the likes of Stephen Hendrie or John White the chance to fill in at left-back.

Anthony Wordsworth should be available again after he returned to training having missed the last two games, whilst Harry Kyprianou also nears a return following a thigh injury.

Oldham have a suspension of their own with defender Anthony Gerrard missing out on Saturday’s trip to Roots Hall after his fifth booking of the season against Gillingham.

Gerrard’s exclusion means a likely return to the starting line-up for former Blues man Peter Clarke who spent three years at Southend before moving to Huddersfield Town in 2009. 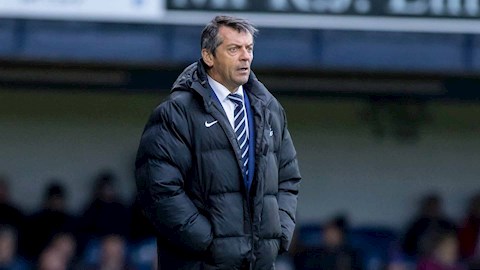 Brown on Ritchie Wellens' Oldham and turning draws into wins

“They’ve won two, lost two and drawn two of their last six games, with two 0-0 draws, but both managers that I’ve spoken to about them 0-0 draws say how much Oldham are playing open and expansive football.

“He’s [Wellens] demanding that of his team. The last two games they’ve played, albeit have brought two points like we have, they have dominated possession, quality of pass, quality of ball in the final third, quality of cross etc, but so have we.

“It’s important because no one else is playing, we’ve got a chance to make three points on everyone around us.

“We’ve had 13 games, 10 in the league and lost one so the performance levels are there, like I’ve said sometimes you can’t control the result, strikers can miss chances and there can be a defensive mistake.

“Performance levels you can concentrate on and if you get them right you can pick up a lot more results.”

Southend United ended a run of three league games without a win after a penalty from Jason Demetriou and lovely goal from Josh Wright saw Blues beat Oldham 2-0 at Roots Hall.

Blues banished their spot-kick woes just after quarter of an hour when Wright was brought down by Cameron Dummigan, leaving Demetriou to send Johny Placide the wrong way with the penalty.

Demetriou was then involved up the other end when he gave away a penalty by fouling Rob Hunt, but Craig Davies was denied by a superb save from Mark Oxley to keep Blues in front.

The home side then doubled their lead early in the second-half when Wright rounded off a lovely team move, volleying in Stephen McLaughlin’s cross to give Southend breathing space.

Oldham had chances to make it a nervy finish with Eoin Doyle having their best chances, heading wide from six-yards out before hitting the outside of the post with another header moments later.

Phil Brown’s side though held on comfortably with the win sending Southend into the top 10, whilst Oldham remain three points above the relegation zone in 18th.

The win lifted the spirits of the Blues boss who had been disappointed with his side missing opportunities against Portsmouth, MK Dons and Oxford in recent matches.

Brown made just one enforced change to the side that drew 1-1 against Oxford last week, giving Stephen Hendrie his first league start of the season, replacing the suspended Michael Timlin.

Both sides started brightly as the winter sun beamed down on Roots Hall with Eoin Doyle having a chance inside the first minute for the visitors as the ball fell kindly to him outside the area before the former Chesterfield-man struck his half-volley over the crossbar.

Southend responded immediately with Stephan McLaughlin sending his half-volleyed effort across the face of goal, but his shot wasn’t going to trouble Johny Placide in the Latics’ goal.

Neither goalkeeper was really tested in the opening stages of the game, but with 17 minutes on the clock, Josh Wright went down under the challenge of Cameron Dummigan, resulting in referee Charles Breakspear pointing to the spot.

The home fans’ cheers at the award were understandably muted after Southend had missed all three of their last three spot-kicks, and four out of five penalties in total this season.

After Simon Cox, Nile Ranger and Josh Wright had all failed from 12-yards in recent games, Jason Demetriou was next up under Phil Brown’s ‘penalty policy’ and he confidently sent Placide the wrong way to put Blues in front.

Southend were now playing with some confidence and having gone 1-0 up, they should have gone into the break two to the good when Stephen Hendrie’s cross found Ryan Leonard six-yards out but he somehow managed to head the ball wide.

It looked like Blues might rue that missed chance going into the break as Oldham were awarded a penalty of their own just before the interval when Demetriou fouled Rob Hunt inside the area.

Craig Davies stepped up to take the penalty and struck it powerfully only for Mark Oxley to get a strong hand to the ball to tip it over the crossbar and over the roof of the stand to keep it at 1-0.

Blues’ 1-0 lead quickly became 2-0 early in the second half when Wright applied the finishing touch to a superb team goal to double Southend’s advantage.

Marc-Antoine Fortune created some space before playing a delightful flick into the path of Stephen McLaughlin. The Irishman dug out a cross on the stretch that found Wright at the far-post who volleyed the ball back across Placide’s goal and into the bottom corner.

The Oldham boss Richie Wellens reacted to going 2-0 down by making a double change with Gevaro Nepomuceno and Brian Wilson coming on.

Southend now had themselves a bit of breathing room but even at 2-0 Oldham were still in the game. A third goal though would have killed the Latics off and Demetriou should have made the game safe when he burst into the area before shooting wide.

Tope Obadeyi was Oldham’s third change and he almost made an immediate impact as his cross from the right picked out the head of Doyle who was unmarked in the Southend area, only for the Latics number 13 to let Blues off the hook by heading wide.

Doyle then went even closer to making it a nervy finish at Roots Hall when he rose highest to head the ball down and towards goal, seeing it come off the outside of the post.

Southend though would see the game out comfortably as Oldham failed to score for their third successive game, with the win seeing Blues rise to 9th, seven points adrift of the play-off places.

Blues will be aiming to start December in winning fashion as Phil Brown’s side look to continue their unbeaten run at Roots Hall this season.

Southend are currently on 25 points which places them 14th in the table and a win this Saturday could push Blues up intto the top half of the table!

The Latics form so far this season has seen them win six, draw five and lose eight games in League One.

Doyle is Oldham’s top scorer this season scoring 11 goals in 14 games which has seen him sit in forth place in the league’s top scorer table.

There’s limited hospitality available for Blues' clash against the Latics…

There are just two boxes available for this Saturday's game at Roots Hall, so why not book your place and make it a sell out!

Choose from these three packages:

Silver packages from £49.50 per person

Platinum packages from £62.50 per person

Prices start from £55 per person

Create a day you will all remember for a lifetime, experience the thrill of leading out your heroes at Roots Hall.

The Mascot Package makes for the perfect way to celebrate a birthday, a special occasion or just for fun!

This matches price starts from £120

To find out more information please contact the Commercial Department on